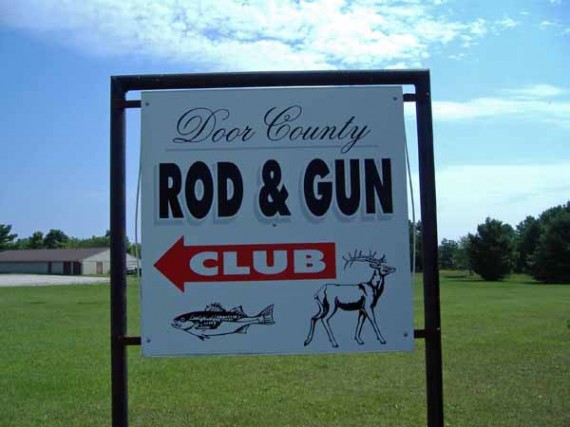 The Door County Rod & Gun Club (DCR&G) is located approximately three miles east of Sturgeon Bay in Door County, WI and was founded in 1946. The club has been in continuous operation for the past 67 years offering an outstanding variety of recreational shooting and other outdoor related activities to the residents of Door County and visitors to the county from across the country. The DCR&G is governed by a written constitution with by-laws and a sixteen-member board of directors, elected to three-year terms, that includes a President, Vice-President, Secretary and Treasurer. Presently, annual memberships cost $35.00 ( January 1 through December 31) and life memberships cost $600.00. Daily memberships are available to the general public for $5.00.

Located on approximately 79 acres of woods and fields in an agricultural area some three miles from the city limits of Sturgeon Bay, the club is not being encroached upon by residential development and it is highly unlikely to be subjected to such development in the foreseeable future.

The DCR&G provides a variety of activities for club members and the public including: Men’s Trap League during April through August; Women’s Trap League from April through May; Sporting Clays League March through April; Archery League from January through March; Pistol League  meets the first Saturday of the  month from May through November; Youth Trap League during April through mid-May and a newly instituted Skeet League August through September. Numerous dog-training classes are offered in the archery building throughout the year with classes meeting during each week of the calendar year. A YMCA sponsored Youth Archery Class is also slated to use the indoor archery facility in the near future. Hunter Safety and Trapper Education classes are offered in the club facilities annually at no cost to the classes. Two units of the United States Coast Guard, the crew of the USCG Cutter Mobile Bay and the Coast Guard Canal Station detachment, use the shooting ranges frequently for firearm training and proficiency at no charge. Various businesses and other organizations also use the facilities throughout the year for a nominal rental fee.

There are no upcoming events at this time.

The location could not be found.
Detailed Forecast